Tap on a station circle on the map, to reveal arrivals at that station. 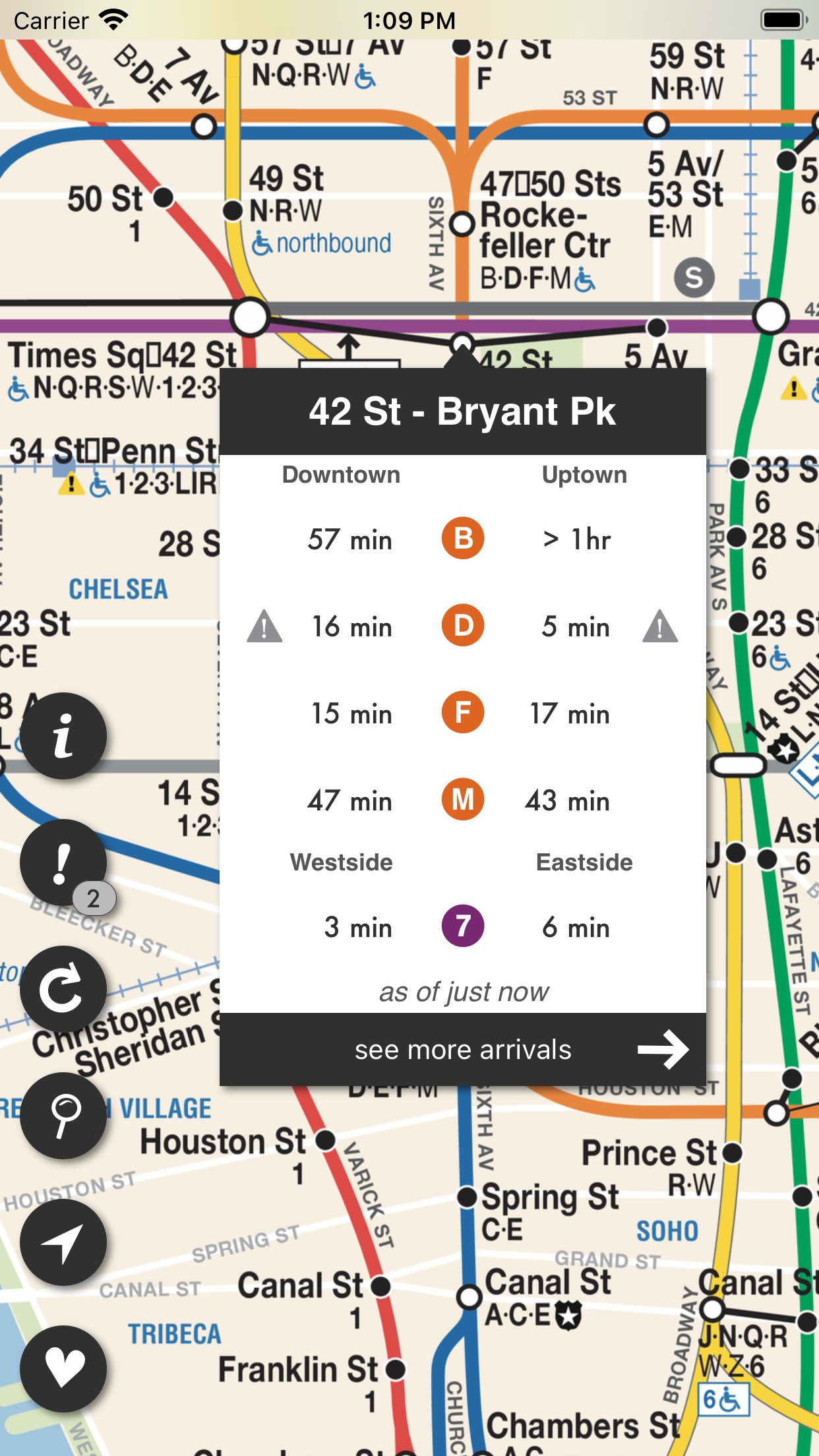 Tap on the "see more arrivals" button to see all arrivals. 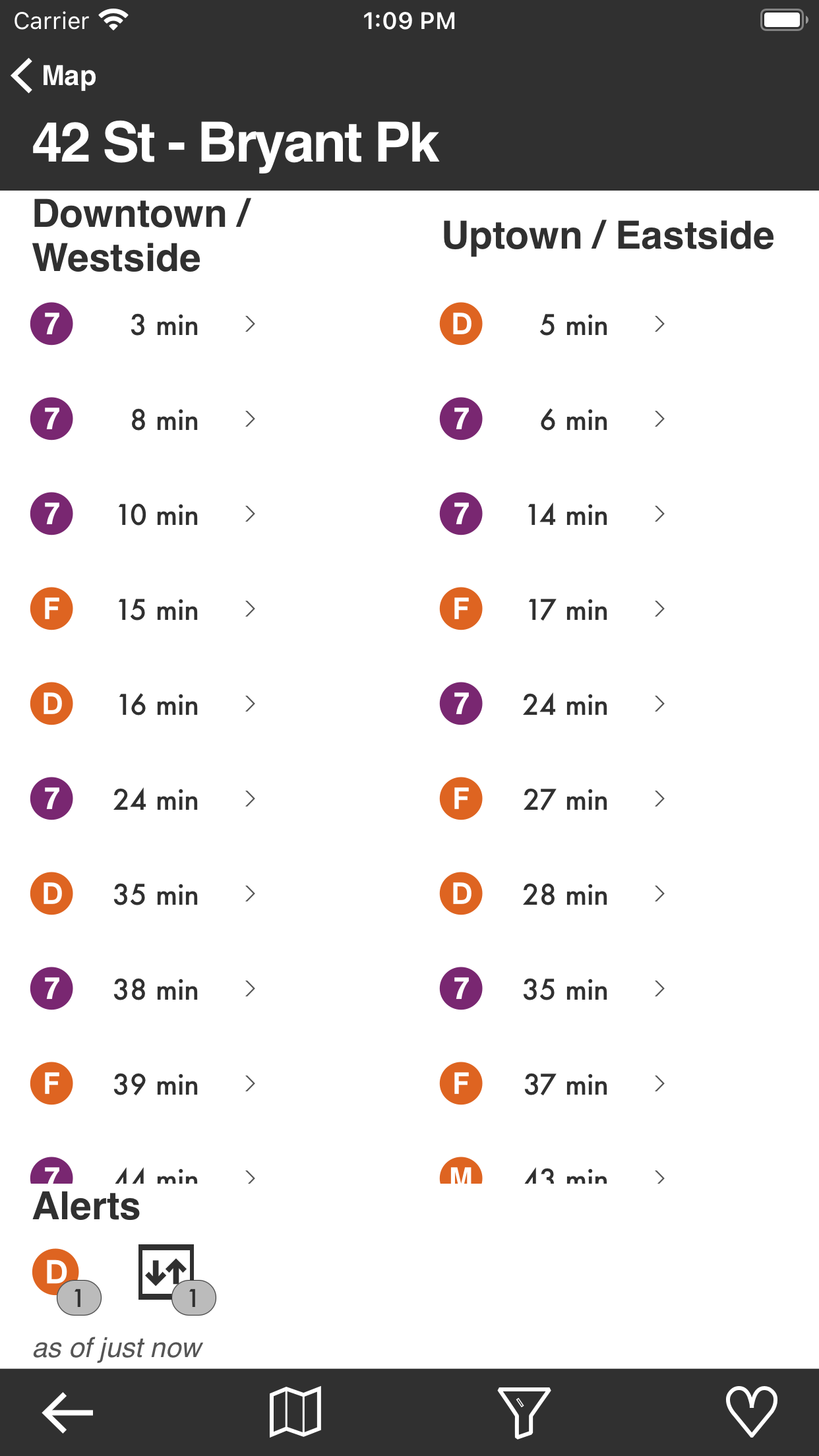 Arrival times for each stop for a specific train. 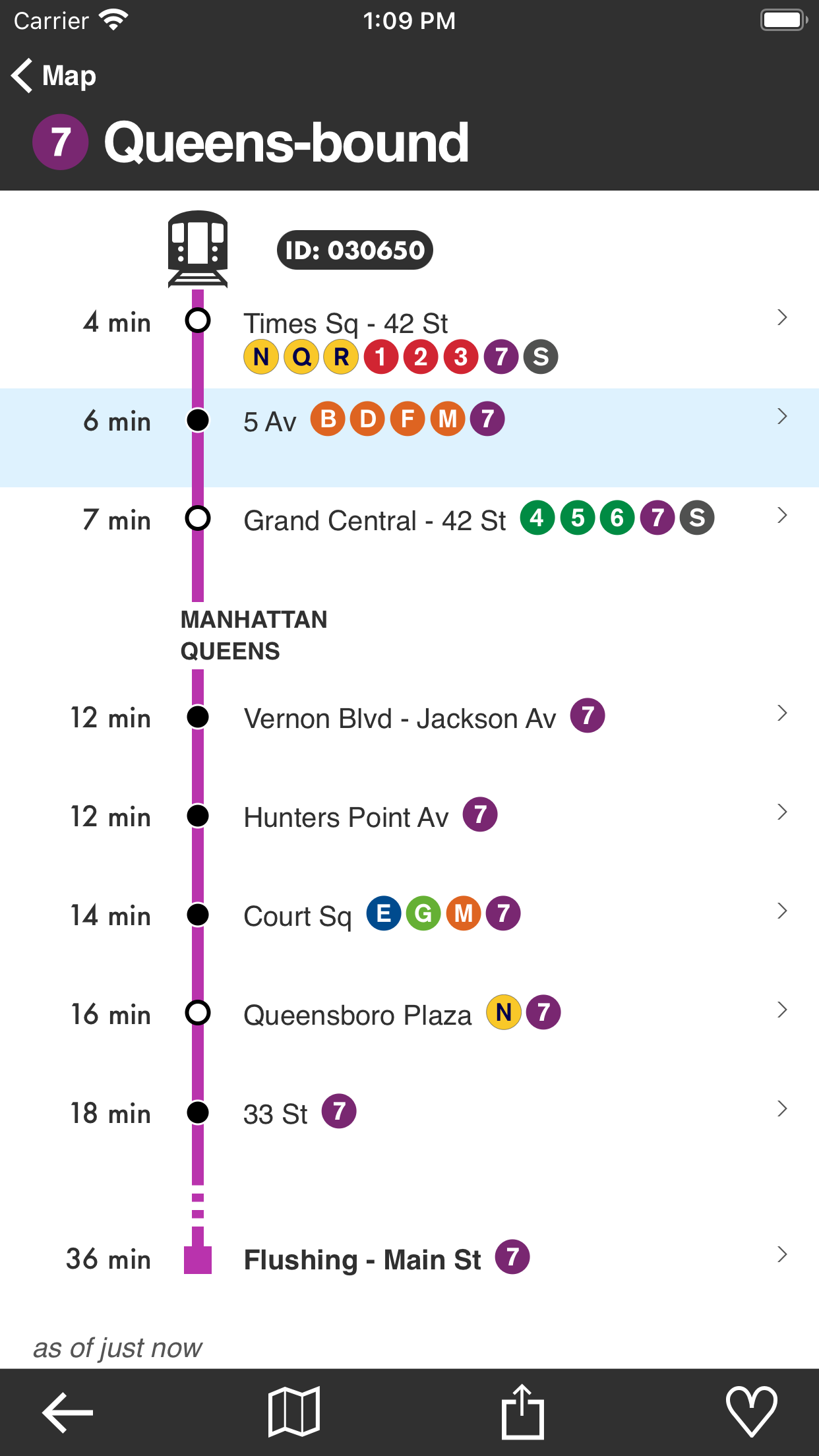 Service alerts for each line. Most severe alert and the total service alert count. 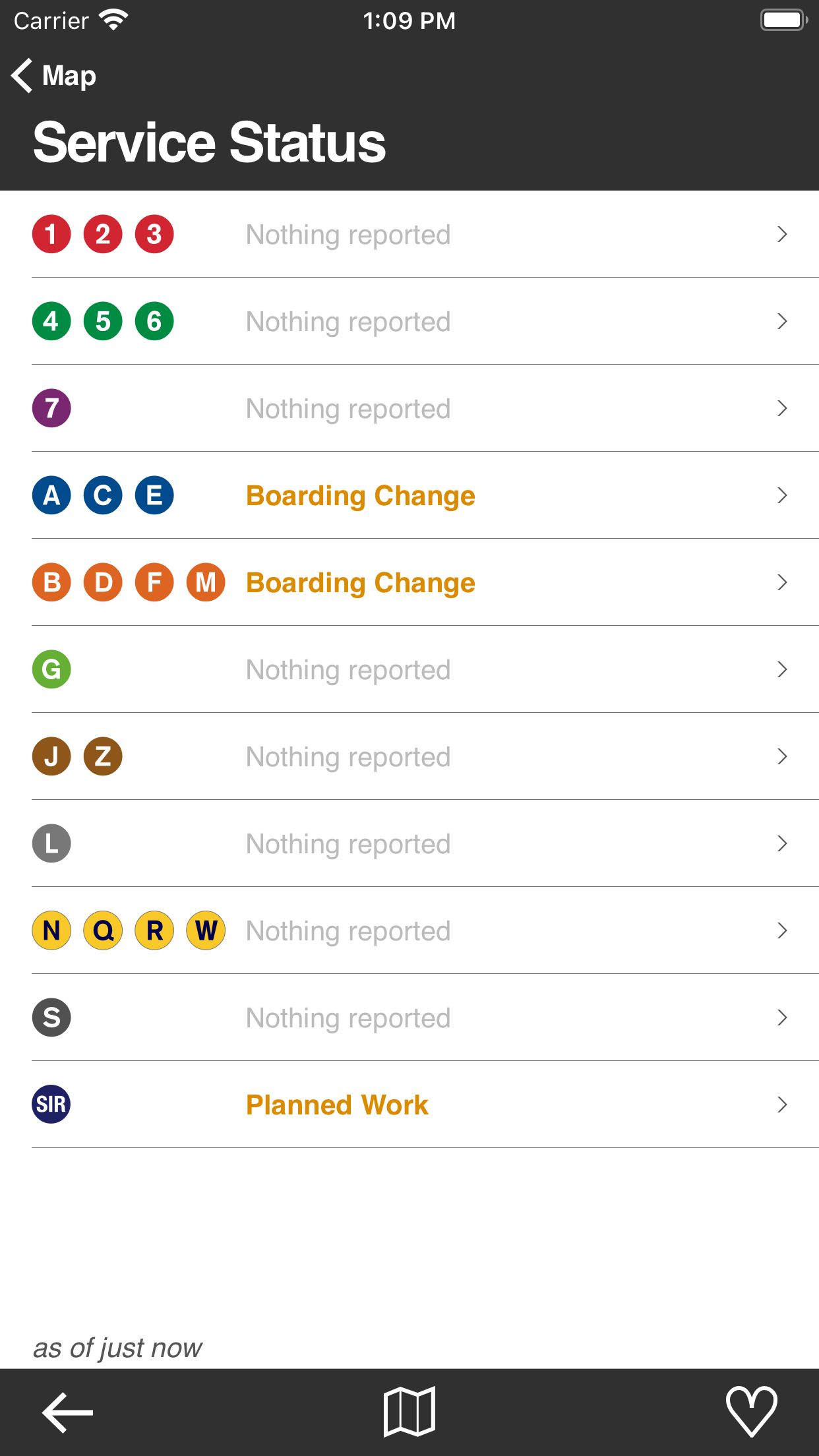 The full text as reported by the MTA. 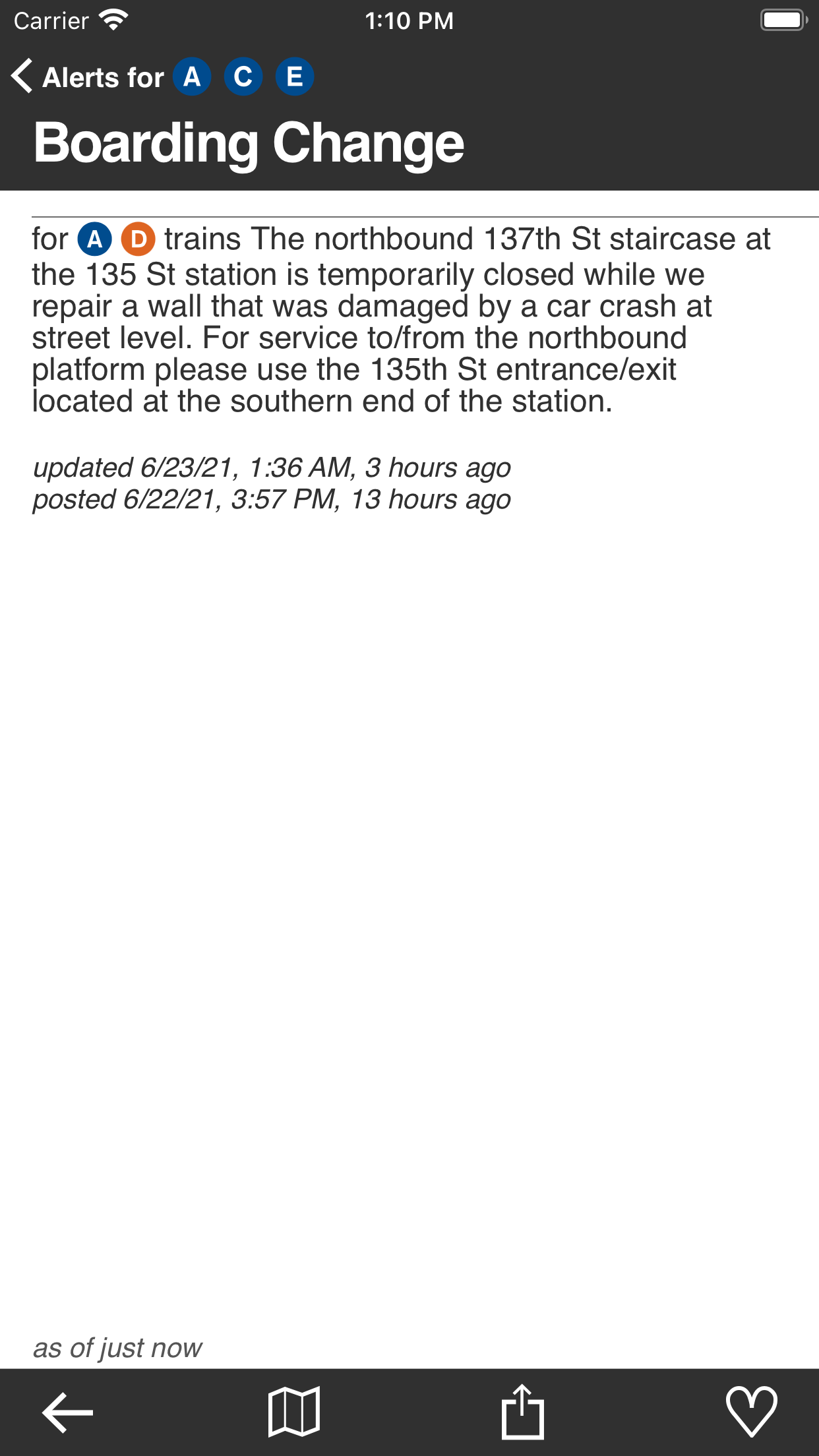 I'm really glad you've built this great app. I've missed Embark NYC ever since Apple bought & killed it. This free, fast opening, dedicated subway map with real time arrivals is just what we need. Keep up the good work !
Seth Tane
It's perfect for night owls like me, who must often wait up to 15 minutes for the next train.
Jon

MakeSpace:
Let's face it: Google Maps can only get you so far. … Made specifically with busy New Yorkers in mind, it's an all-in-one commute compendium.
Viewing.NYC:
a new iOS App that removes all the extra features and bloat of the transit apps and simply shows you how many minutes it is until the next train at your station.
Brokelyn:
In addition to the MTA's online Subway Times, which offers the current arrival times by line and station and is accessible from the internet even beyond the subway's hallowed platforms, Underway NYC now offers the same information but in app form and plotted to a subway map.
Brick Underground:
Should you use it? If you just want to know when the next train is arriving, but don't need step-by-step navigation.